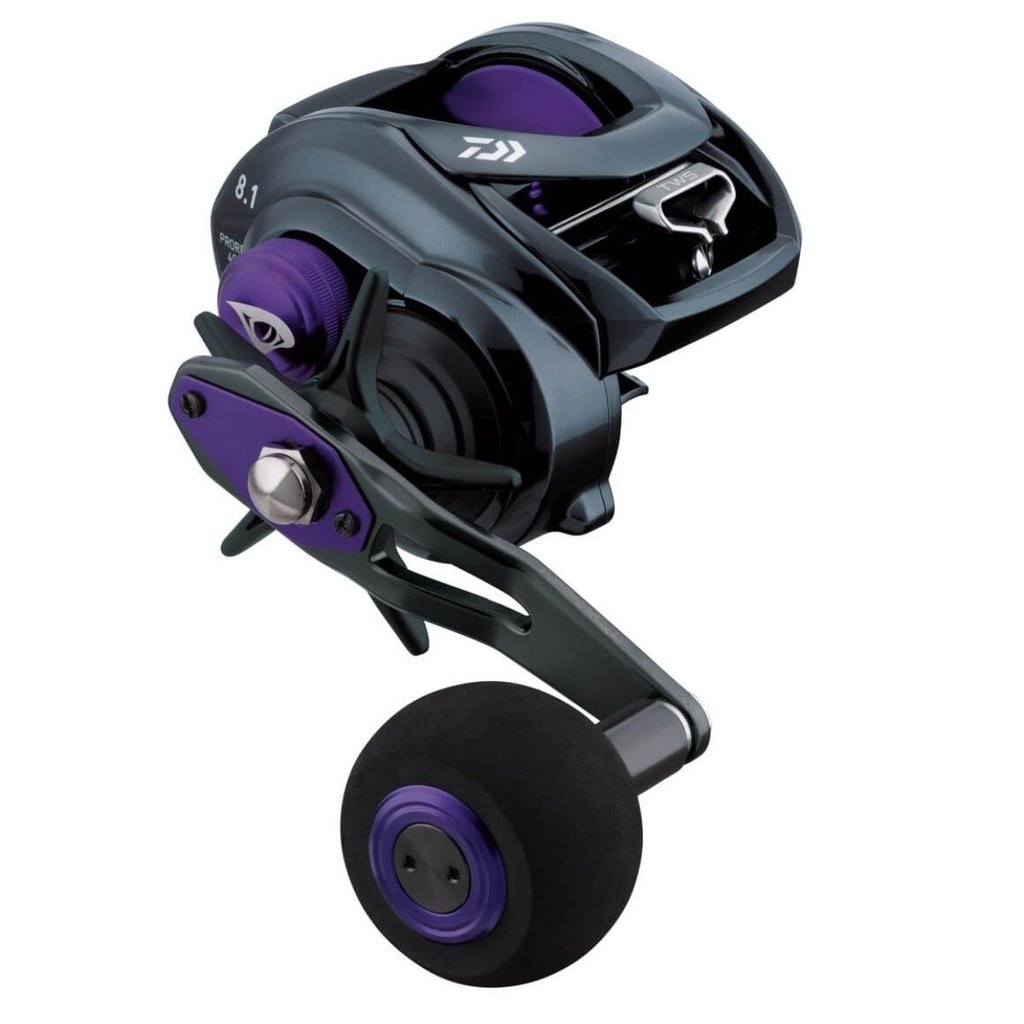 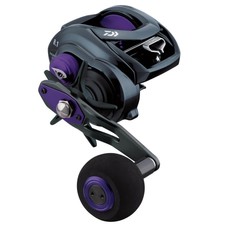 Well suited for the rigors of big baits and big fish, the Daiwa Prorex TW Baitcasting Reel is a heavy duty, high capacity musky catching machine. Built around a solid aluminum frame and sideplate, the Prorex TW has the strength to withstand long drawn out battles under heavy drag pressures with an impressive strength to weight ratio. Housed within its rigid frame is an oversized hardened brass Digigear for maximum durability, smoothness, and winding power. The Ultimate Tournament Drag system produces a staggering amount of drag pressure to put the brakes on the hardest pulling lake monsters that you'll encounter. It features Daiwa's patented T-Wing Level Wind System for uninhibited line flow while casting, helping you get your bait further away from the boat where the big predators are hiding. The combination of a Daiwa Prorex Musky Rod and a Prorex TW Baitcaster is an unbeatable weapon of choice against the biggest and baddest musky, pike, striper, and other monstrous species in both freshwater and saltwater.

All products ship from our warehouse in Sudbury, Ontario
Have questions? Chat with an expert now
Add to wishlist / Add to comparison
Sign up for our newsletter